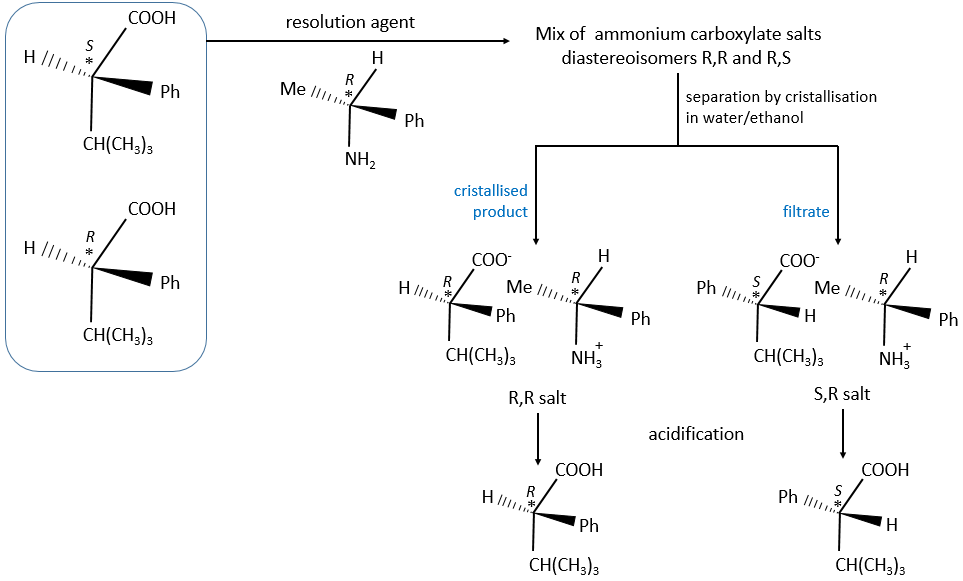 The formed salt is a racemic melange of diaseteoisomers that can now be separated. 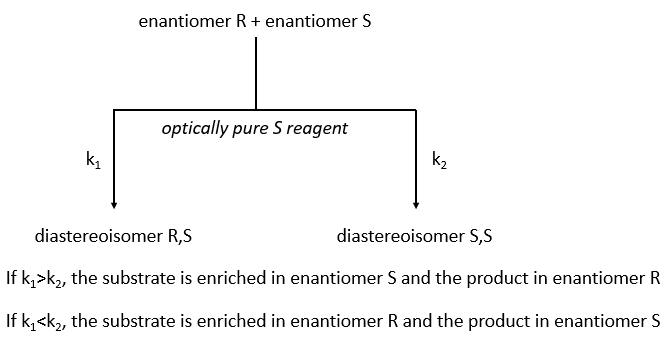 The second way is to directly produce the chiral species. This technique evolved over the years and began with the use of a chiral substrate. Around 1980 a chiral auxiliary was used. In this decade, they also used chiral reactants and after 1990 we started to use chiral catalysts. We will describe those techniques soon. First we will talk about the chiral pool.

The chiral pool refers to natural compound that are optically active and can be produced at large scale (and thus are cheap). It can be aminoacids, peptides, metabolites, etc. We can use those compounds as starting reactants to obtain a chiral final product. The stereocentres already present on the natural compound will control the stereoselectivity of the reactions and lead to one single enantiomer. We talk about a hemisynthesis (because the starting reactant has not be chemically produced).

At the exception of the glycine, the 20 amino-acids are chiral and available with a good ee (enantiomeric excess). They are bifunctional and levogyre but an enzymatic method can reverse their configuration.

They wear one or more OH and COOH and can have several stereocentres.

They are very cheap but we have to modify them and to protect some groups to use them correctly.

Most of them are used as precursors of agent of resolution or as ligands during asymmetric catalysis but they can also be used as starting reactant of other terpenes. They are cheap and available in large quantities. Their cyclic structure allows a better control of the strereoselectivity. However, they don’t have a lot of functional groups and their optic purity is not always very good.

These secondary metabolites possess a nitrogen aromatic and are used as chiral catalysts or agents of resolution. 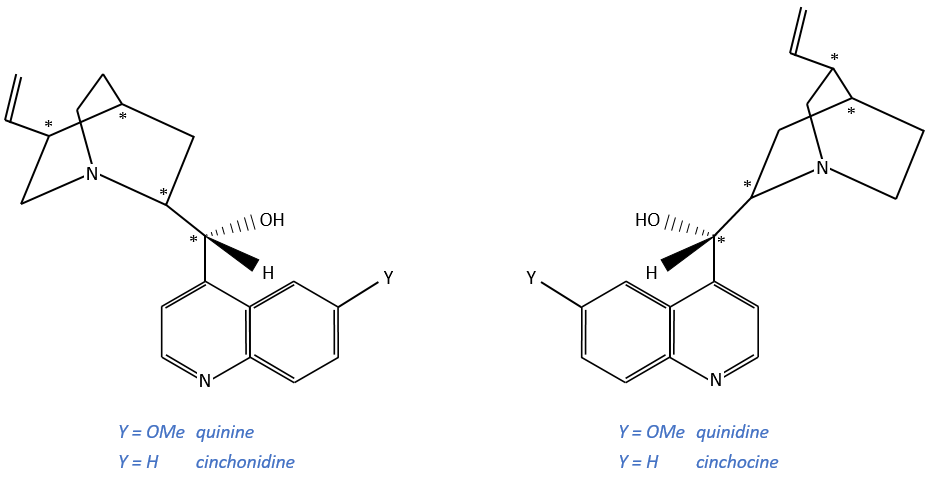